You can read the letter to the state here.

In summary, TFI argued that unless these grade crossings are eventually eliminated, the effectiveness of the NYSDOT’s efforts to improve overall traffic flow in western Suffolk County will be significantly diminished.

In relatively quick time, the NYSDOT has responded to TFI. You can find their response letter, written by Glenn Murrell, a professional engineer and NYSDOT’s Regional Planning and Program Manager, copied below.

Thank you for your recent correspondence to the New York State Department of Transportation (NYSDOT) inquiring about the NYS Route 347 Reconstruction schedule, in particular, the proposed grade separation projects at NYS Route 25 and County Route (CR) 97.

Thank you for your interest in this transportation matter.

Featured in LIBN: Transit-Oriented Hubs Not Suited for Every LI Community 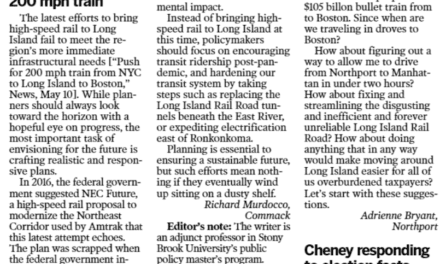 Featured in Crain’s New York: Could West Side Project Reprise the Glory of the Old Penn Station?